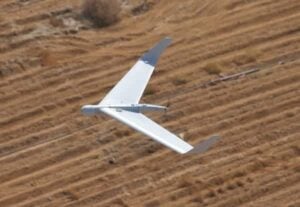 Poland’s Ministry of Defense has announced plans to acquire between 123 and 205 UAVs by 2018, reported local newspaper Gazeta Wyborcza, at a cost of at least 1 billion zloty ($295 million).

With the planned acquisition, the Polish ministry aims to establish a new military unit within the structure of the country’s Special Forces Command which oversees the activities of special operations units.

According to a strategy paper drafted by the Ministry of Defense, which outlines the vision of the Polish armed forces’ transformation by 2030, UAVs are to become the cornerstone of the military’s reconnaissance forces. The ministry envisages that drones will be operated by Poland’s land forces and the Air Force, the document said.

In addition to UAVs, the unit is also expected to operate unmanned ground vehicles (UGVs), according to the Polish newspaper.

“Unmanned aerial vehicles are one of our priorities,” Polish Defense Minister Tomasz Siemoniak told the daily. “First, we need to precisely define our strategic needs.”

“Various services … will be interested in using the unmanned aerial vehicles,” Siemoniak said.

In 2010, Poland bought eight Aerostar UAVs from Israel’s Aeronautics Defense Systems for about $30 million with the aim of deploying the aircraft to the country’s military mission in Afghanistan. Other drones used by the Polish armed forces include Insitu’s ScanEagle and Aeronautics’ Orbiter mini UAVs.