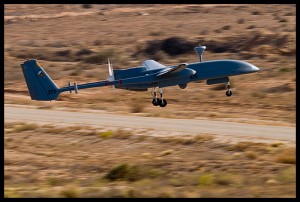 The Israel Air Force (IAF) is examining a new camera which will allow UAV aircrafts to collect information invisible to the human eye. The IAF hopes that the camera will assist in uncovering underground bunkers which are camouflaged with vegetation

Aerial Photography advances every day at an increasing pace. Years back, you could find a camera positioned in hole in the underbelly of an aircraft. These days, the IAF is going to examine a new camera that will assist in collecting intelligence information and will open a new world of capability options.

The camera, whose professional name is “Hyperspectral”, is structured on UAVs and its purpose is to aerially examine details hidden from the human eye. This would help, for example, in the tracking of hidden ammunition.

How Does It Work?

“Once a suspected target such as chemical has been detected, the camera’s system will alert the user”, explains Lieutenant Colonel Yoav, Head of intelligence Department in the Equipment Squadron. “The camera’s functionality is based upon the wave lengths that are extrapolated from certain natural substances which aren’t visible. Each substance produces a different wave and the camera is able to tell the difference between the various options”. Put simply, the camera could help differentiate between a natural bush and a bush that produces irregular waves.

The “Hyperspectral” technology can tell the difference between the lengths of waves outside the spectrum that is visible to the human eye, and has existed for a few years. In the civilian world it has been used to identify harmful pests from above. Now, the IAF has begun a series of experiments in order to examine if the system is suitable for integration in the force. If the experiments prove that it is a match, the cameras will be acclimatized into the UAV Squadrons–after long-term training that will be conducted by professional engineers.