US UAV industry: Open for Business at Home and Abroad 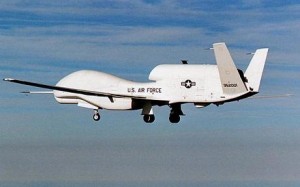 The Obama administration has continued in its enduring drive to sell drones to eager allies like Turkey. But if US clients are careless or misuse the weapons, Washington will share the blame, says Tim Brown, a senior fellow at Globalsecurity.org.

After speaking with President Obama on the sidelines of the NATO Summit in Chicago this past Monday, Turkish President Abdullah Gul mentioned the White House’s “positive stance” over the sale of unmanned aerial vehicles (UAVs), the state-run Anadolu Agency quotes him as saying.

“They are trying to convince the Congress,” he added.

Ankara has long been eager to get its hands on armed drones to help squash autonomy-seeking Kurdish rebels in the country’s southeast.

But the influence of pro-Israel lobbyists on the US Congress could scuttle any such deal. Relations between Ankara and Tel Aviv plummeted following a 2010 Israeli commando raid on a Turkish ship carrying civilian activists and aid to Gaza Strip.

A failed Turkish airstrike that killed 34 smugglers misidentified as Kurdish rebels is also likely to stymie the sale for some time.

While Turkey eagerly awaits a decision, drone export advocates say a policy of refusing to sell the unmanned vehicles will only deprive the flagging US economy of sales and jobs. And those pushing for greater leniency in international drone sales have a powerful backer.

Apart from Turkey, President Obama has long been pressuring US lawmakers to authorize the sale of presumably armed drones to NATO allies in order to redistribute the burden of America’s global military operations, both past and present.

Advocates of the president’s position claim that by empowering NATO allies with drone technology, alliance members would no longer need to rely on United States drone capabilities in counter-terrorism and reconnaissance operations.

With fears that countries like China and Iran are attempting to get in on the drone market – with Iran managing to reverse-engineer a captured US spy drone last month – pro-export enthusiasts are likely to feel their case has been bolstered.

The economics of unmanned flight

Even if Washington isn’t directly selling drones to foreign governments via Foreign Military Sales, one way or another, drone technology is already being exported.

On Monday, the US embassy-based Office of Security and Cooperation in Iraq (OSCI) announced “Iraq’s Navy has purchased U.S. drones to protect the country’s oil platforms in the south, from where most of Iraq’s oil is shipped.”

However, the OSCI was not forthcoming about the number or type of UAVs provided to Baghdad.

Several companies have in fact already been granted the right to sell drone-related equipment by the State Department, including L-3 Communications, Dream Hammer, and Broadcast Microwave systems.

LEPTRON has even been given permission to sell drone helicopters.

But Texas-based defense contractor Vanguard Defense Industries is paving the way for future trends, as it has been granted the right to sell drones to foreign governments for narco-trafficking and counter-terrorism operations, the American Independent reported earlier this month.

Despite an expected 25 per cent bump in domestic sales from $35 to $40 million for next year, Vanguard’s CEO Michael Buscher says the future is abroad.

“I don’t see the domestic market as being such a boom,” said Buscher. “Our bread and butter is still going to be overseas foreign military sales,” the daily quotes him as saying.

Buscher’s optimism is not surprising.

Last month, the US-based marketing firm Teal Group estimated that “UAV spending will almost double over the next decade from current worldwide UAV expenditures of $6.6 billion annually to $11.4 billion, totaling just over $89 billion in the next ten years.”

The Teal Group study further predicted the US will account for 62 per cent of the worldwide RDT&E (Research, Development, Test & Evaluation) and 55 per cent of procurements over the next decade.

It should come as no surprise, then, that the United States Air Force trained more drone pilots than fighter and bomber pilots combined in 2011, NPR reported last November.

“There are some military technologies that I believe should not be shared with other countries, regardless of how close our partnership,” the Wall Street Journal cites her as saying.

“The United States should be trying to control the proliferation of certain weapons, and I would put armed UAVs in that category.”

At the time, a proposal to equip six unarmed Italian-owned Reaper drones with $393 million in weapons systems was log-jammed after being informally presented to US legislators.

But with the Association of Unmanned Vehicle Systems International spending some $280,000 lobbying Congress in 2011, lawmakers might become amenable to helping out the one US industry that appears to be crisis-proof:arms.

‘US bipolar on selling Terminator-type technologies’

“The US government has a bipolar attitude toward exporting UAV technology,” he told RT. “On the one hand there is a concern with how a weapon system is used once it is exported. The more sensitive the technology, the fewer countries the US will share it with.”

Brown says that while drone technology can be very effective in preventing the loss of soldiers’ lives and targeting terrorists, the US still has reservations about exporting the technology even to traditional allies, such as Turkey, which may use it to target Kurdish rebels.

“The concern is that Turkey will use US-built UCAVs to go after the PKK [the Kurdish Workers’ Party], and might not place a high enough priority on quality control in their targeting process,” he noted. “The number of innocent civilians killed might increase.”

Brown also stressed that the US Congress, the Department of Defense and the State Department will have to weigh the pros and cons of approving the export of the technologies to countries like Turkey.

“On the one hand the US would like to export UAV technology to support the US economy, sustain and create US jobs,” he said. “But if allies are careless or misuse these weapons, the US will share in the blame.”

Brown also took note of the fact that the US was able to successfully test a fully autonomous drone, without a pilot behind a computer controlling it with a joystick. He believes this may be the future of military technologies, the development of which is increasingly weeding out the human element.

“We are not quite there yet, but the era of ‘Terminator’ type UCAVs flying around autonomously, using programming and fuzzy logic to target enemies on the battlefield is probably not far off,” he noted. “The F-22 and the F-35, if built, will probably be the last manned fighter to go into production in the United States. The proliferation of this new weapon system may or may not have a positive effect overall.”

Read the full article at RT